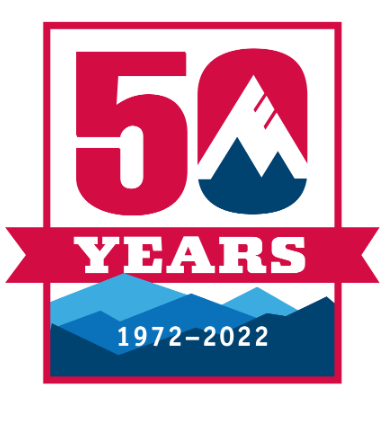 For almost half a century, Mountain Empire Community College has served as the primary career training center for residents of Wise, Lee, Scott, and Dickenson County and the City of Norton. Thousands of students have furthered their education and skillsets to provide a better life for their family and community by earning credentials at MECC.

From humble beginnings, the College first opened in 1972 with 507 students taking classes in one building at its Big Stone Gap campus. MECC was developed from a statewide initiative to increase educational attainment rates for the Commonwealth. In 1966, the Virginia Assembly enacted historic legislation establishing a statewide system of comprehensive community colleges. This legislation brought most post high school education below the bachelor’s level into one system, and broadened the base of higher education in the state. As comprehensive institutions, community colleges endeavor to serve all segments of society and are charged with providing open access to higher education for all students.

In Southwest Virginia, a committee comprised of local business, civic, industrial and political leaders was appointed by the local governing bodies of Lee, Scott, Wise, and Dickenson Counties and the City of Norton for the purpose of establishing a comprehensive community college. In April of 1970, the college Board had its first meeting at which Judge William C. Fugate was elected chair. Funds for construction were allocated by the State Board for Community Colleges and construction began in 1971.

Today, more than 1,300 students are enrolled full-time and more than 3,000 students are enrolled part-time at MECC. The Big Stone Gap campus has expanded to include five buildings accommodating more than 100 academic programs of study in traditional classroom formats, as well as online and hybrid offerings. In 2019, MECC opened the Center for Workforce and Innovation of Appalachia (CWIA) in Appalachia to house its power lineman, commercial driving license, smart farming, advanced manufacturing, and dental assisting programs. Future plans include the development of culinary programming at the CWIA.

In addition to MECC’s career training focus, the College has served as a primary resource for the preservation of the region’s rich cultural and musical heritage. For fifty years, the College has hosted the annual Home Craft Days festival every third weekend in October, highlighting Appalachian traditions. MECC also hosts its annual Mountain Music School, which provides students age 10 and up with the ability to learn traditional mountain music during a one-week camp the last week in July. The MECC Foundation annually hosts the John Fox Jr. Literary festival highlighting Appalachian writers with a featured poetry and short story contests for the community. The CWIA library will feature Appalachian archives to include collections of Melungeon records and the Wise County Historical Society. The Wampler Library on the College’s main campus houses the Slemp Gallery, featuring a rotating exhibit of regional and national art installations.

MECC will celebrate its 50th anniversary October 2021 – December 2022. Activities and events are planned throughout the year, to include a community picnic on October 1, 2021 recognizing the initial groundbreaking for the college. Additional scheduled events include a community concert in May 2022 and a 50th Anniversary Gala in October 2022. The MECC Foundation, which exists to support the mission of the college, has set a goal to raise $2M to support scholarships, infrastructure improvements, and other needs to commemorate this special anniversary.

Take A Step Back In Time