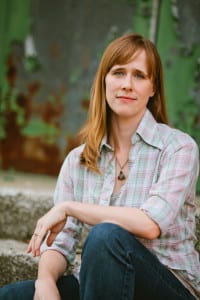 Big Stone Gap, VA — The MECC Foundation is pleased to announce the 40th annual John Fox, Jr. Literary Festival, featuring presentations by guest authors Robert Prather and Holly Goddard Jones, on Wednesday, March 16 at 10 a.m. in the Goodloe Center of Phillips-Taylor Hall. Books will be available for purchase and signing.

The MECC Foundation will also host the 29th Annual Lonesome Pine Short Story Contest and the 12th Annual Lonesome Pine Poetry Contest, in partnership with Lonesome Pine Arts & Crafts, Inc. Individuals interested in obtaining contest guidelines should contact the MECC Foundation Office at 276.523-7466. Contest rules are also available at www.meccfoundation.org. Short stories and poems in the adult, high school (grades 9 through 12), and middle school (grades 5 through 8) categories must be submitted to the MECC Foundation office by Monday, February 29th at 4:30 p.m. Contest winners will be announced during the Literary Festival on March 16, and cash prizes will be awarded.

Holly Goddard Jones’ first book, Girl Trouble, was published in 2009 by Harper Perennial. Stories from the collection were published in various journals and anthologies, including Best American Mystery Stories 2008, New Stories from the South 2007 and 2008, The Southern Review, Epoch, The Gettysburg Review, The Kenyon Review, Shenandoah, and The Hudson Review. ​The Next Time You See Me, Holly’s debut novel, was published in February 2013 by Touchstone, an imprint of Simon & Schuster. Robert A. Prather and his wife reside near Garrett, Kentucky, where they own and operate a small business. Mr. Prather is author of The Strange Case of Jonathan Swift and the Real Long John Silver. As a project field editor, Robert Prather has worked with Acclaim Press developing county history books. In 2012, ​ Reader’s Favorite awarded it a Silver Medal for the Historical/Cultural category. The book has also received the prestigious Silver ADDY for its cover and overall design. In February of 2012, the book’s primary subject matter was presented on History Channel 2 on its popular series America’s Book of Secrets, the “Fort Knox” episode.

The John Fox, Jr. Festival will be followed by a reservation-only luncheon with the featured speakers at the John Fox, Jr. Museum in Big Stone Gap. Tickets for the luncheon are $23 per person and reservations can be made by calling the MECC Foundation office at 276.523-7466. For more information on the MECC Foundation, please visit our website at www.meccfoundation.org.